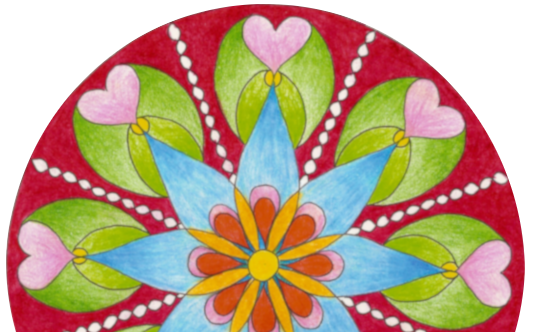 You may attempt realizing how the shapes speak to our mind or what may be expressed though them by depicting a word, feeling or emotion just in a shape. A colour is not important at all. Achieved knowledge may be compared to the text guide placed on our webside. The text was based on your replies in a questionaire (and it keeps being updated).

You may attempt realizing how the shapes speak to our mind or what may be expressed though them by depicting a word, feeling or emotion just in a shape. A colour is not important at all. Achieved knowledge may be compared to the text guide placed on our webside. The text was based on your replies in a questionaire (and it keeps being updated).

A point is something very small and remote. This might be the reason why it eludes our attention and why it may evoke darkness or nothingness. A tiny dot is its graphic expression and the same tiny dot may also represent a point in the map, a place where you want to get or a place where a journey starts. Thus it may become a symbol of a direction, goal or start... A point represents God and unity in many cutures, however for us it may also have these meaning: the midpoint, focus, stabbing, pointing at something by his/her forefinger, centre, place, start, person, moment or occasion. Further it may be percieved as stability, certainty, absorbing, basis, existence, solidity, grounding, concentration, background, birth of something new, heart and emission. It is a symbol of concentrated energy, beginning (a point where you set out) but also your goal, the end of a thought and reference point. A point may be something to refere through or someting you may head towards, it is a beginning of creation and birth but also it is a part of something big, "reflection of myself“. A point may represent a person and his/her self, especially when it is in the middle of a mandala. Points that are distant from the midpoint of the circle may be symbols of people from your neighbourhood (family, relatives, friends and acquaintances). But it may also be a symbol of a loneliness in pluratily.

A circle may emerge from connection of several poits into an entirety or from expansion of a single poit. A circle symbolizes infinity, unification, pace, cohesivennes, harmony, wholeness and arrangement of the whole unit. A circle is classified as a soft shape. It may aslo be considered a symbol of symmetry, eternity, perfection, community of people (family, friends), safety and solidarity of a family, cooperation, connection, synchronisation, comunality, motherhood, a hug and  warmth, excellenece and beauty. A circle indicates never finishing or circular enegry, it is a shape of a wheel, the greatest human invention. Its line boarders space, it closes, defines and demarcates the living space. On the one hand it restricts on the other hand it provides a feeling of security, sureness and protection which enables the never ending process. A circle may be a symbol of a family, closed community, space that should not be disturbed and has something in common, connected, infinite, light, aerial and nice. It also defines the limits, the boarders that does not enable to see what is inside for those who are outsides and vice versa. How many circles do you have in your mandalas? What is inside them?

A circle is a beginning of a spiral. A spiral is an energy in movement, rise and fall, a graceful unwinding of a positive flowing energy, infinity, unreality, superterrestriality, energetic potetial, goodness, mystery, game, joy and fun, flow, repeating, energy, eternity, unknown, harmoty, expansion, evolution, opennes,  unlimitedness, information, running away from unpleasant situation, spinning, journey, cosiness, hope and love. A spiral is not only connected to spiritual growth and heading towards the God and unity  but also with decline, loss of energy similar to a black hole. A spiral may symbolize receiving information, passing energy or  way of a soul, a soul itself, whirlpool, tunnel to light (even an channel) and even giant circle. It may also symbolize a change. Even DNA procuring continuation of life is coiled into a spiral. It is a shape that does not have an end. However, attention must be paid to its orientation! Its energy may change very quickly into a negative. If a spiral twists clockwise it symbolises freedom, openness, overcoming obstacles and flowing. Spirals twisting anticlockwise wind someting that has been created down. For this reason the spiral may be connected with danger, falsehood or even prodigality. Then a couple of spirals may symbolize giving and receiving, rising and falling etc.

Round shapes are often associated with female and divine energy. The earthly and masculine energy of lines, energy of rationality and sensibility is considered their  antipole. A square provides well established boundary lines and enables symmetrical layout likewise a circle defines areas, provides the feeling of security but its sharp edges and corners represents also delimitation, definition, basis, something regular  and classified, warning (do not go beyond this line, look out, my teritory, my privacy) and prohibition, even closeness. However, the square also means a space with four starting points. Whereas a circle defines a space for a soul, a square helps you to define your personal space (e. g. a house). Owing to determination of the four cardinal points and four elements it determinates our world. It is a symbol of solidity and stability, task, house, sureness, table, „slotted boxes and caskets“, playful symetry, justice, action and the hands of two people put together. There are four corners in any square and these corners may be perceived strickt or even disturbers of energy and symbol of fight, especially when combined with rounded edges but they may also be perceived as four points of view connected in the middle in a compromise.

A triangle, a pointed shape, also consists of lines; it is a guidepost and a symbol of  a deep perception and rising up the height. A triangle is often connected with a warning, danger, divisibility, cruelty, coldness, racionality, sharp heads, with something pointed, prickly, someting that disturbs and penetrates and what is unpleasant a bit. However, triangles are also associated with protection, holy trinity, superior power, universality, uplifting, orientation, infinity, top, connection, flow of energy and divine energy (God's Eye = belief and hope). A triangle is, in 3D wiew, a shape of pyramids and for this reason it might associate a base, rising up from the base to the peak, development, fighting, geometry, values and success (or at least a half of success). A triangle is a symbol of trinity (heaven, hell, earth; father, son and Holy Spirit), power and dynamic, insight to the future, it may sing marginalization of your inner world. However an equilateral triangle may became even a harmony and balance.  A triangle is symbolizes a good layout, ranked priorities, rise, achieving your goals as well as power, belief, possibility to change a part when something remains the same. 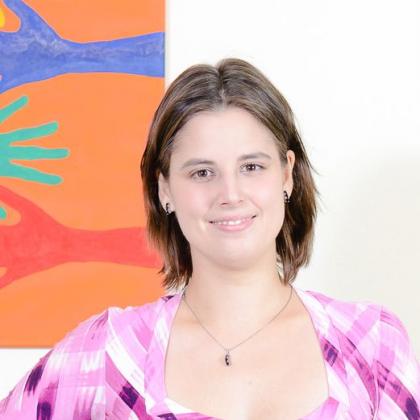 I am an arttherapist working with mandalas and mandala test. 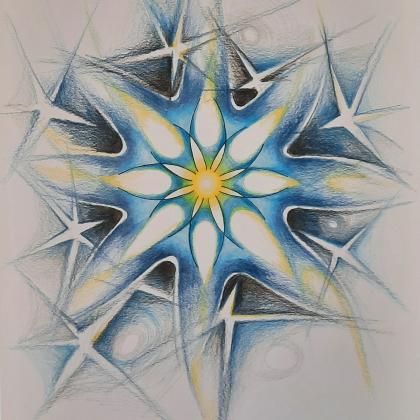 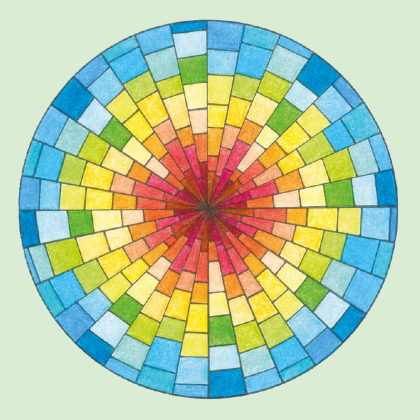